Thank you to everyone who answered last fall’s Tripawds Cancer Metastasis Survey. We received 31 thoughtful and informative responses. We hope the following survey snapshot will help anyone looking for insight about what pet cancer metastasis looks like in some dogs and cats.

Remember, this is not a scientifically accurate survey but a general shapshot of the Tripawds community members who shared their cancer metastasis experience. We received 31 responses profiling 29 dogs and 2 cats. The majority were diagnosed with osteosarcoma, with some hemangiosarcoma diagnoses.

Because everyone’s cancer journey is different, it’s tricky to quantify when and how metastasis occurred and some answers take more explanation than filling in a check mark, as you’ll see: 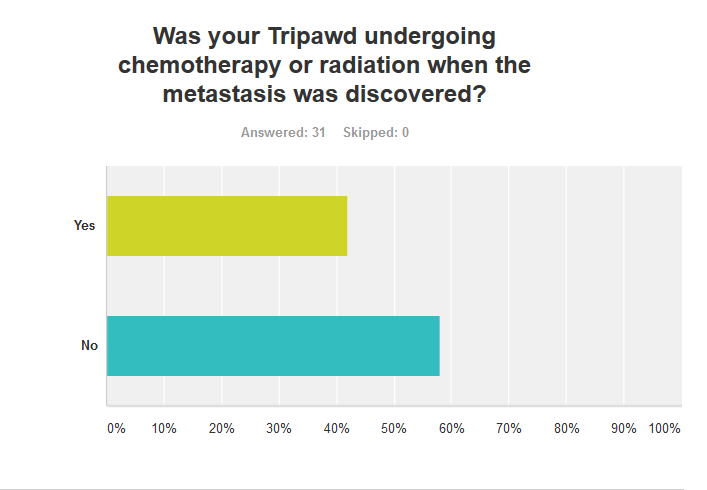 Question: How much time elapsed between cancer diagnosis and metastasis?

More than half of the respondents said mets didn’t happen until at least six months had gone by. Their answers were:

Where Did Metastasis Develop? 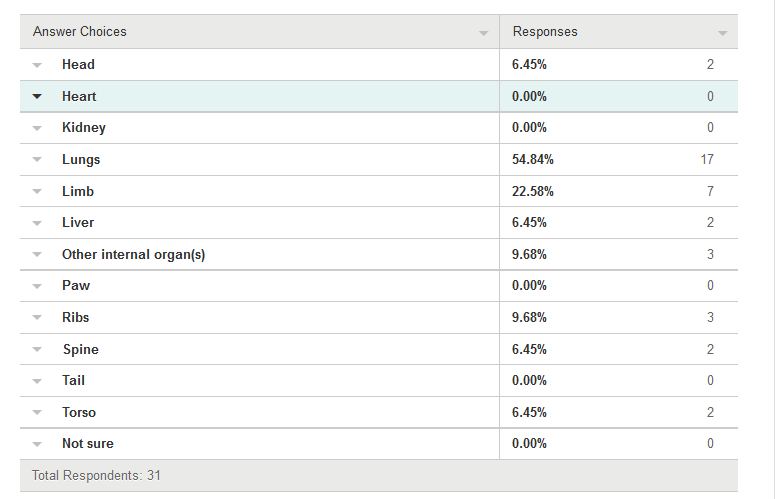 How Did the Metastasis Present Itself?

How Did You Treat Metastasis, If At All? 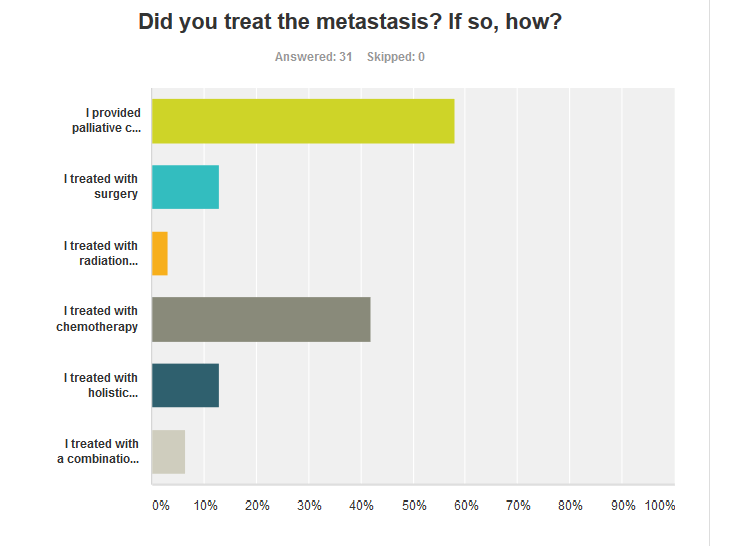 Of those who switched to Palladia, all had osteosarcoma with the longest survival time of 13 months & two weeks. The four others were only on it one month before side effects became too great or the cancer advanced too quickly.

Longevity After Metastasis Was Discovered?

If you could change anything about your treatment protocol during metastasis, what would it be?

As you can see, everyone’s story is different and there are no right or wrong ways to deal with cancer mets in dogs and cats. All we can do is our best and make choices that take our animal’s best quality of life into consideration. You can see every anonymous response in the following document, which we had to copy/paste from SurveyMonkey because we don’t have a paid membership (yet).

We want to do more of these informative surveys and would pay for SurveyMonkey if someone has spare time they can volunteer to lead projects like this. If that’s you, drop us a line!

A big thanks to Tripawds Members Michelle and Allison who suggested this survey and created these questions. Contact us if you have any ideas for future Tripawds Community surveys.